What if I say that self-respect is nonentity when it comes to him. When I see those furious eyes all I see is a person passionate about every useless yet meaningful thing in life.All those struggles lying down in front, telling me what he lost just in a few years. Sparkling dreams gleam, like a stone that has grinned so much, that now he wanna lie down and show his worth to the world. All the anger he shows is just his frustration towards everything that had gone wrong in his life. 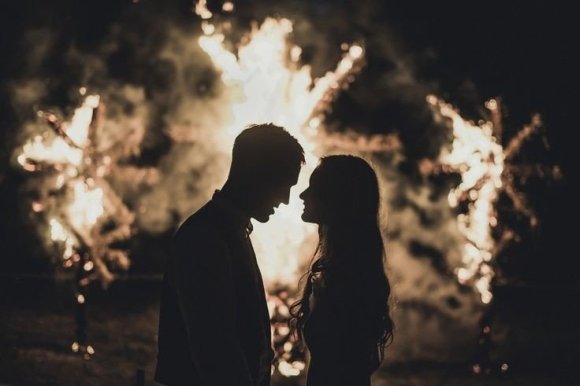 Where clouds changed its colours from dreary to rosy and then a raven. He still is made of all the shades of a rainbow, but you know rainbow comes after so much of downpour that’s it’s hard for him to stand fighting against from his core.

I see how he put me above him, as my father did. Holding my hands tightly while riding, making me aware that I’m secure right behind.

When I went to see his mother, she was blabbering about him so much, that I fell in love with him again. As that woman on the hospital bed was just telling me not to leave him. I could see it in her eyes, that she knew there is nobody in this entire world who could take his place, in my life like in hers does. I was a hope she wanted before leaving, I saw it in her eyes and now that she is disappeared. And all I know is I can’t let his son isolated alone.

I’m being kind to him, as I wanted him to rest on my lap. Where there is a blanket weaved by the old lady, who lives in the sky knitting every bit of it with her love. I want him to cover himself with that so that he can feel the compassion and love that he deserves. I know he has the right to be loved. Even when he sometimes is a pain for me, but this pain is that I’m willing to be affected by.

Surely, I’ll fight with that adorable monster for the rest of my life but I won’t abandon him. For me abandoning means showing how unwholesome you are.

You being my entity have a bigger part of me, than I does.